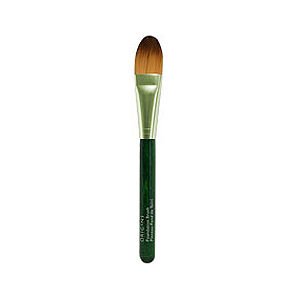 Bobonong legislator, Taolo Lucas has come out with guns blazing against the Botswana Democratic Party (BDP) administration after he was denied coverage by state broadcaster Botswana Television (Btv).

Mochudi Police Probe Collision Off The A1

FRANCISTOWN: A 41-year-old man of Block 4 pleaded guilty to knowingly having sexual intercourse with his daughter, 11, when he appeared in court for arraignment on Thursday.

In a desperate bid to redeem its bruised integrity, the State has allegedly launched fresh investigations into the P100 billion looting case and the suspected leaking of information of purchased armoured vehicles for President Mokgweetsi Masisi.

Premiership club, Gaborone United (GU) has outlined plans to build a sporting village worth more than P70 million in Bokaa.

Gaborone West police are investigating a dumping case after a baby was found inside a waste collection bin by Choppies earlier today.

President Mokgweetsi Masisi ascended to the presidency amidst fanfare in the country. The nation was in unison that he was the ‘chosen one’ to lead it to the ‘promised land’. However, as cracks start to emerge in his presidency two years on, Mmegi Correspondent GOITSEMODIMO KAELO wonders whether the President is feeling the heat

FRANCISTOWN: While self-proclaimed prophet Shepherd Bushiri and his wife, Mary are in a fierce battle with South African authorities over fraud and money laundering allegations, Shepherd’s name resurfaced in Botswana albeit under suspicious circumstances.

The Minister of Nationality, Immigration and Gender Affairs, also Member of Parliament for Gaborone Bonnington North, Annah Mokgethi is set for a disciplinary hearing before the Law Society of Botswana (LSB) following the recent Court of Appeal (CoA) judgment that she should account for the late Abdul Joseph's estate.

Mochudi Police Probe Collision Off The A1

Ten people sustained serious injuries with some fighting for their lives in different hospitals in Gaborone following a Saturday evening roadside collision of two vehicles at Morwa turn-off along the A1 Highway.

In January of 1982 I arrived at Moeng College to start my secondary school education.I went together with Justice Michael Leburu, Dingaan Moatswi, Otswakae Mosheti, Professor...